We combine decades of commitment to changing the paradigm for people living with serious diseases along with leadership in scientific innovation, drug development, commercialization and corporate strategy to realize Aurinia’s mission. Learn more about our leadership: 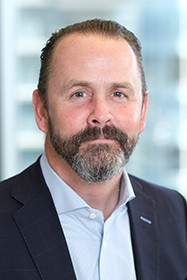 Peter Greenleaf currently serves as the President, Chief Executive Officer and member of the Board since April 29, 2019. From March 2018 to April 2019, Peter served as the Chief Executive Officer and a member of the board of directors of Cerecor, Inc. (NASDAQ: CERC). From March 2014 to February 2018, Peter served as CEO and Chairman of Sucampo Pharmaceuticals, Inc. (NASDAQ: SCMP), a company that focused on the development and commercialization of medicines to meet major unmet medical needs of patients worldwide until it was sold in February 2018 to U.K. pharmaceutical giant Mallinckrodt plc. Peter also served as Chief Executive Officer and a member of the board of directors of Histogenics Corporation, a regenerative medicine company. From 2006 to 2013, Peter was employed by Medlmmune LLC, the global biologics arm of AstraZeneca, where he most recently served as President. From January 2010 to June 2013, Peter also served as President of Medlmmune Ventures, a wholly owned venture capital fund within the AstraZeneca Group. Prior to serving as President of Medlmmune, Peter was Senior Vice President, Commercial Operations of MedImmune, responsible for its commercial, corporate development and strategy functions. Peter has also held senior commercial roles at Centocor, Inc. (now Janssen Biotechnology, Johnson & Johnson) from 1998 to 2006, and at Boehringer Mannheim (now Roche Holdings) from 1996 to 1998. He is also currently a member of the board of directors of Antares Pharmaceuticals, Inc. (NASDAQ: ATRS), and was the Chairman of the board of directors of BioDelivery Sciences International, Inc (NASDAQ: BDSI) until its sale to Collegium Pharmaceuticals in March 2022. Peter earned an MBA degree from St. Joseph’s University and a BS degree from Western Connecticut State University. 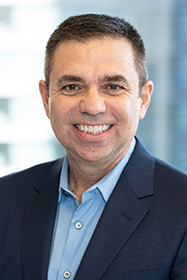 Max Colao brings nearly 30 years of world-class commercial operations experience to his role at Aurinia. Prior to leading U.S. commercial operations at Alexion and launching multiple rare disease therapies, Max spent nearly 20 years at Amgen, holding roles of increasing responsibility on various marketing and sales teams, most notably leading U.S. launches, commercialization and pricing strategy in the areas of rheumatology, dermatology and autoimmune disorders for Enbrel®, Prolia® and Nplate®. Most recently, he was Chief Commercial Officer and Head of Business Development at Abeona, where he led the company’s commercialization and business development efforts of autologous cell therapy and AAV9-based gene therapy for rare diseases. Max received his B.S. in applied mathematics and economics from the University of California, Los Angeles and his MBA from the University of Southern California. 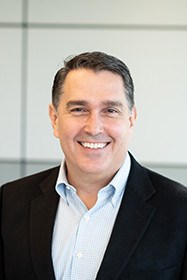 Max Donley most recently led Human Resources, Information Technology and Facilities at Senseonics. Prior to that, Max was Executive Vice President of Global Human Resources, Information Technology, and Corporate Strategy at Sucampo Pharmaceuticals until its acquisition in February 2018. Prior to that, Max served as Executive Vice President, Human Resources and Corporate Affairs at MedImmune, where he provided business-integrated leadership and delivered professional tools, programs and services to optimize MedImmune’s human capital investments worldwide.

Max received his B.A. from University of Michigan and his MBA from the George Mason University. 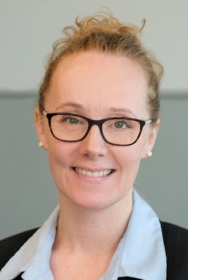 Sue Evans joined Aurinia in 2014 and has more than 26 years of experience in the pharmaceutical and biotech industry, spanning multiple roles; regulatory affairs, global program management, business development, process improvement, and analytical chemistry. At Aurinia, she is responsible for global regulatory strategies and submissions leading a team of 11, and recently led the Aurinia submission team to a successful NDA approval for LUPKYNIS™. Sue began her career in 1996 at 3M Drug Delivery Systems in the UK, where she held a number of positions of increasing responsibility until assigned the Global Program Manager for two late-stage development asthma products working with large pharmaceutical clients, including Sanofi, Nycomed (now Takeda), Novartis, and Schering Plough (Alvesco & Dulera both successfully commercialized). Following her time at 3M, Sue worked at Vectura (UK Specialty Pharma company) as a regulatory specialist where she gained further experience in generics, asthma inhalers and EU & US regulatory affairs. Sue emigrated to Canada with her family in 2011 where she gained her MBA from Vancouver Island University. Sue also holds a Bachelor of Science (BSc) Chemistry from Loughborough University, UK and is Regulatory Affairs Certified (RAC). 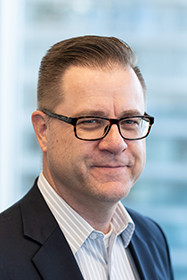 Rob, previously Executive Vice President of Corporate Development, has more than 25 years of drug development expertise and also one of the longest histories in the Company working with voclosporin. Rob developed the global clinical program of voclosporin since its inception at Isotechnika prior to its merger with Aurinia in 2013, along with raising development funds in the public markets. He continues to work with the Clinical Development team since the merger through the LN NDA. Rob is leading the Research group who are not only helping us understand the impact of calcineurin inhibition beyond immunosuppression, but the pre-clinical evaluation of in-licensed compounds. Before joining the industry, Rob was a Clinical Investigator and Epidemiologist at the University of Alberta Division of Nephrology & Immunology, where he was involved in more than 60 clinical trials from Phase I through Phase IV and the successful development of numerous compounds including CellCept®, Neoral®, Prograf®, Aranesp® and Simulect®. Rob has numerous articles published in leading medical journals in the areas of pharmacology, immunology, transplantation, and autoimmune diseases.

Rob holds an M.Sc. in Medicine (Epidemiology) from the University of Alberta, a Ph.D. in Organizational Leadership from Regent University, is certified in Nephrology, and a member of Sigma Theta Tau (Honor Society of Nursing). He holds a certificate in leadership from EQUIP Leadership. 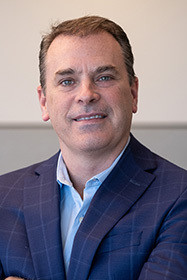 Mike Martin, who most recently served as Chief Operating Officer, has spearheaded all of our business development efforts, including partner management, out-licensing, in-licensing, and our ongoing corporate development work, including bringing critical business perspectives to our current patent estate. Mike has also served as the company’s executive team project lead for our ocular program since its inception within Aurinia. In addition to being one of the co-founders of Aurinia, Mike was previously CEO and Director of the privately held Aurinia Pharmaceuticals Inc., which merged with Isotechnika back in 2013, helping to bring the company into a structure capable of advancing voclosporin towards an approval. Mike spearheaded a tremendously complex transaction within a tripartite settlement agreement to form the modern-day Aurinia. This provided the foundation for Aurinia to close multiple financing rounds over the past seven years. During the early days Aurinia, he was a key player in multiple early-stage bridge financing rounds that were necessary for the company’s survival. Mike joined Aurinia after working for Vifor Pharma where he was Director, Global Business Development & Licensing. Prior to Vifor, Michael was a key member of the business development team that saw Aspreva sold to Galenica for $915 million. Upon joining Aspreva in 2004, Mike initiated the global strategic launch planning process for CellCept® in “less-common” autoimmune diseases, including lupus nephritis. Prior to this, Mike was already a seasoned pharma executive holding a variety of progressively senior commercial positions at Schering-Plough, including being responsible for the Immunology Business Unit in France, which included the launch of Remicade® across multiple indications. Michael started his career in the industry in the sales organization of Schering-Plough, where he received multiple awards and recognition while rapidly progressing towards the prior mentioned roles. 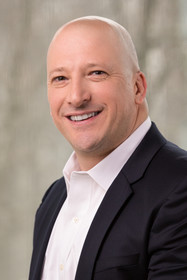 Joe Miller joins Aurinia with over two decades of experience as a senior executive managing financial operations and supporting enterprise growth in companies across the health sciences, biotech and pharmaceutical sectors. Most recently, he served as Chief Financial Officer, Principal Executive Officer, and Corporate Secretary at Cerecor, Inc. At Cerecor, he completed the acquisition of Ichorion Therapeutics, Inc., the purchase of Aevi Genomic Medicine, and facilitated a strategic transformation of the organization by leading the divestiture of the company’s commercial portfolio in a transaction with Aytu BioScience, Inc. in 2019. Joe currently serves as a director on Cerecor’s Board. Prior to Cerecor, Joe was the Vice President of Finance at Sucampo Pharmaceuticals, Inc., where he was responsible for building out the finance organization to effectively support the company’s rapid growth, ultimately leading to the $1.2B merger with Mallinckrodt in early 2018. Prior to Sucampo, he served in various progressive finance and management roles at QIAGEN, Eppendorf and KPMG LLP. Joe received his B.S. in accounting from Villanova University and is a Certified Public Accountant. 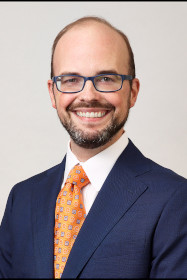 Stephen Robertson brings more than 13 years of corporate law experience across various roles to Aurinia. Most recently he served as Partner with the law firm Borden Ladner Gervais LLP since 2014. He holds significant corporate legal experience across a number of industries including life sciences. Stephen is experienced in securities, corporate and commercial legal matters, including extensive experience with mergers and acquisitions, commercial agreements and corporate governance matters. Stephen has also been recognized with a number of awards and honors including being part of the 2020 edition of the Best Lawyers in Canada for Securities Law. In addition, he is an Adjunct Professor at the Allard School of Law of the University of British Columbia. He received his Bachelor of Laws degree from the University of Manitoba. 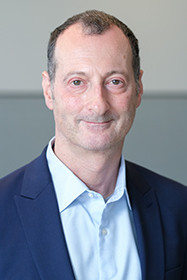 Neil Solomons co-founded privately held Aurinia Pharmaceuticals in 2012. He is a seasoned pharmaceutical physician with 18 years of clinical development and medical affairs experience in both large pharma and biotech. He is a recognized expert in rare disease drug development and is widely published in this field. Neil joined Aurinia from Vifor Pharma, formerly Aspreva Pharmaceuticals (NASDAQ: ASPV) where he held the position of Vice President, Research and Development, being the lead clinician in the development of CellCept® in rare diseases. Neil led the CellCept clinical development teams of over 50 people that saw the completion, reporting, and publication of studies in pemphigus vulgaris and myasthenia gravis (both industry firsts), and the successful landmark lupus nephritis study called the Aspreva Lupus Management Study (ALMS). He was responsible for all clinical development activities from Phases 1 to 3, as well as participated in the formulation of R&D strategy, portfolio management, and due diligence efforts. Prior to Vifor and Aspreva, Neil held a variety of positions at Roche in both global clinical development and medical affairs in transplantation, virology, and auto-immune diseases. While at Roche, Neil led a diverse team in the development and implementation of post-marketing studies with a budget exceeding $15 million for its transplantation (CellCept® and Zenapax®) and virology (Cytovene®) franchises.

Neil qualified in medicine in 1991 receiving his MBBS (M.D.) at Guys Hospital Medical School, London. He subsequently worked as a physician in London UK, completing specialist training in anesthesia and intensive care. His research interests included sepsis and chronic pain.